Keeping up with technology times, I am seen on social media too. Check my profiles below.

Panel discussion on the very contemporary topic “After 70 years of Independence – Are Indian women independent” on Sat, Aug 26 at the Sumant Moolgaonkar auditorium. 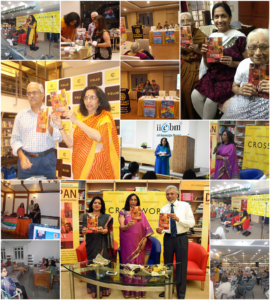 After all these successful launches and talks across the country Sesh Damerla, the author, will be launching her book, Darpan – Indian Women In Transition in Chennai, India on Sunday 19th of June at Crossword Alwarpetfrom 5.30pm. Book lovers and those interested in women issues and transition will find it a highly interactive and enriching experience. An interactive treat awaits you. 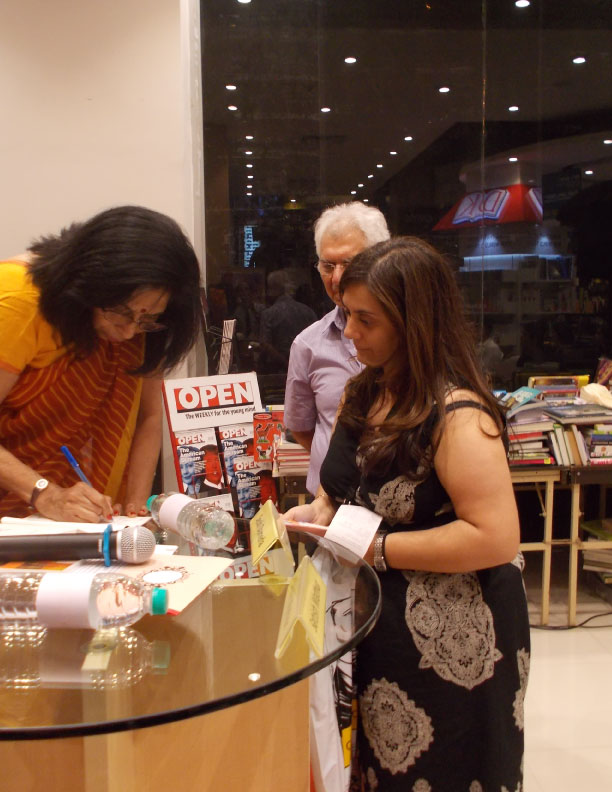 Mani – The Woman Of Courage.
Episode #5

She looked at her reflection and added one missing item—the round red mark on her forehead. She was in love with herself but feared that Raghu might disapprove.

She was impressed by her own stunning image. Then her thoughts returned to the present. What would Monty say if he saw her like that? Would he openly admire her, draw her to him, and kiss her gently or passionately?

Her cheeks flamed. Trembling, she sat on the bed.

Her dreams vanished when a gentle knock sounded on her door that sounded like hammering in the silent night. Frightened, she ignored it, pretending to sleep. When the footsteps receded, she glanced once more at her reflection and saw her eyes twinkling and her face glowing.

Quickly changing back into her drab, white clothes, she went to bed. Later, she quietly returned the borrowed items.

Sleep eluded her. She wondered why she had such a glow to her face. Instinctively, she knew it was because of Monty, not the colorful sari she wore. The new feelings that enveloped and thrilled her had to be hidden from the world, or she would face her parents’ anger and lose what she gained for not having a husband. Perhaps that was why Raghu was taken from her so early in life. She achieved what most of her contemporaries could never boast of. She could be proud of her education, freedom of decision-making, and her gradually unquestioned place among the local agricultural feudal lords. One indiscretion, and she would lose it all.

It’s not worth it, she thought, finally able to give expression to her new feelings within the four walls of her own room.

She got up to begin another day, feeling tired, because her sleep had been fitful.

Days passed into weeks. With each day, her listlessness made time drag. She met Monty once or twice at the town hall’s library. They exchanged pleasantries, and Mani, pretending to be in a hurry, always left quickly. Monty wondered if she was ignoring him after he intruded into her fields.

Soon, winter gave way to summer’s grueling heat that sapped everyone’s energy. During the pickle-making season, all worked as hard as grasshoppers storing food for a rainy day.

Much sharing of labor occurred, as each household made its quota of a variety of mango pickles. Mustard, chili turmeric, and rock salt were pounded into fine powder by the female servants in the courtyard, accompanied by old folk songs. Young girls and women pounded pestles. Older ladies and pregnant women cleaned mangoes in water and wiped them dry, separating them into cane baskets according to size. As in previous years, Mani oversaw the picking of mangoes from the trees in the mango grove and ensured they were transported to the house in bullock carts.

As she saw the last consignment of mangoes dispatched to her uncles’ houses, she walked back. Suddenly, she saw a shadow behind her. When she looked back, she saw Monty catching up with her.

I’m pleased to announce that my book “DarPan – Indian Women In Transition” is now available on Amazon kindle.

Posted by Darpan – Indian Women In Transition on Friday, October 16, 2015

Posted by Darpan – Indian Women In Transition on Sunday, October 18, 2015